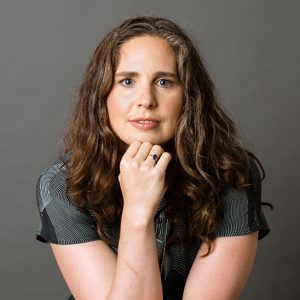 I am Winship Distinguished Research Professor and Associate Professor in the Departments of English and Quantitative Theory and Methods at Emory University, where I also direct the Digital Humanities Lab. Before arriving at Emory, I taught in the School of Literature, Media, and Communication at Georgia Tech. I received my PhD in English and American Studies from the CUNY Graduate Center, and my AB in Literature (English and French) from Harvard University. In 2017, I was named one of the “rising stars in digital humanities” from Inside Higher Ed.

I am currently at work on two major projects: Data by Design, an interactive history of data visualization from the eighteenth century to the present; and Vectors of Freedom, a quantitative analysis of the abolitionist movement of the nineteenth-century United States.

I am the author of two books. The first, Data Feminism (MIT Press), co-authored with Catherine D’Ignazio, is a trade book that explores the intersection of feminist thinking and data science. The second, An Archive of Taste: Race and Eating in the Early United States (University of Minnesota Press), shows how thinking about eating can help to tell new stories about the range of people, from the nation’s first presidents to their enslaved chefs, who worked to establish a cultural foundation for the United States. With Matthew K. Gold, I edit Debates in the Digital Humanities (University of Minnesota Press), a hybrid print/digital publication stream that explores debates in the field as they emerge. The most recent book in this series is Debates in the Digital Humanities 2019.

In previous incarnations, I’ve worked as a web developer, educational technology consultant, music producer, and bike messenger. I have not, however, appeared on Law & Order, designed customized silver jewelry, or performed award-winning gymnastics routines. You can view my official bio here.